Věra Jourová: “We see a wide range of issues in Hungary” (Interview)

The European Commission (EC) proposed the European Media Freedom Act in September 2022, under the responsibility of Věra Jourová, EC's Vice-President for Values and Transparency. Jourová (who is a politician in the party of Andrej Babiš, allied with Viktor Orbán) told Media1 exactly what problems she saw in the media in Hungary. Jourová (who was named one of the 100 most influential people in the world by Time magazine in 2019) said the new draft EU regulation could also address the issue of state-run media in Hungary. She also revealed that only a few countries, including Hungary, voiced concerns at the first meeting with ministers on the issue. During Media1's interview with her the issue of some media in Hungary not being allowed into government briefings was also raised.

Among many other topics, our interview reveals

Media1: European legislation on media freedom is like a tailor-made law for Hungary. When you came up with your proposal, did you take the situation of the Hungarian media as a starting point?

Věra Jourová: – The new law is not about one country. We have identified negative trends across the EU as part of our annual rule of law report. The new law is a response to this trend. Of course, we see a wide range of issues in Hungary, from dangerous media concentration to unfair distribution of state advertising and public service media under political influence.

It is not only the Commission saying this. The recent report by the OSCE (link1, link2) on the April 2022 elections is also quite telling. It states that

“the pervasive bias in the news and current-affairs programs of the majority of broadcasters monitored, combined with extensive government advertising campaigns provided the ruling party with an undue advantage”.

The Media Freedom Act aims at providing safeguards to Europeans in all the countries, so the media can be free from the political control and journalists safer in doing their job.

– Can the proposal also improve media relations in member states, where a kind of state-party media has already been established, or is it intended to prevent this?

– The Act is both intended to prevent and fix problems, including the issue of state-party media that you mention. Our vision is clear: media should be independent and able to work without fear or favour. This is how they can fulfil their role, this is how they can hold power to account and be the watchdog of democracy. This is translated into concrete obligations in the law.

The Act requires Member States to respect the editorial freedom of all media. It proposes measures to address cases of unfair distribution of state resources to media. The Act ensures that the allocation of such state advertising to media would be transparent, proportionate and non-discriminatory. Importantly, the national authorities will now also have to assess the impact of media concentrations on media pluralism and independence. The new European media watchdog would have to be consulted and will be in a position to give an opinion on media mergers that have an impact on the internal market or when there is no assessment being done at national level.

– If introduced, how would the European legislation on media freedom change media relations in Hungary? How could its application in Hungary be enforced?

– The Act will improve the functioning of the media markets in all Member States and across borders. It will give more legal certainty for media operating in the EU. Today they face a patchwork of national rules with no common level of protection. The Act will be a kind of safety net. It will reduce risks of protectionists or arbitrary media markets measures by Member States.

Regarding the enforcement, the Media Freedom Act is a Regulation which means it is directly applicable in all Member States. This means that any alleged breaches can be brought before national Courts. The European Board for Media Services, together with the European Commission, will ensure the consistent application of the new law. In the most serious cases, the Commission would be able to intervene, using the powers granted by the Treaties, including launch infringement procedures.

– How would the selection of public media managers be regulated?

– Public service media should serve the public, instead of one party or the government.

Public service media should not be state propaganda outlets.

Our concerns regarding public service media’s editorial independence in Hungary are well known. This is outlined in our latest rule of law report. Regarding the selection of public media managers, the Act states that the head of management and the members of the governing board of public service media shall be appointed through a transparent, open and non-discriminatory procedure and on the basis of objective and proportionate criteria laid down in advance by national law.

The duration of their term of office shall be established by national law, and be adequate and sufficient to ensure effective independence of the public media. To be very clear, it is not the Commission or any other body that will decide on this. We want to set very common sense standards that offer bigger degree of independence to the public media managers.

– How would the distribution of public advertising be made more fair?

– Opaque and biased allocation of state advertising is a powerful tool to exert influence on media. First, we need transparency. It will help everyone to see clearly which amounts are spent in which media. But this is not enough: there is also an obligation to allocate state advertising according to objective and non-discriminatory criteria and through open procedures. If public authorities do not do that, they will breach the law. This will prevent state advertising from being used arbitrarily to covertly subsidise government-friendly media.

– What is the current situation on adoption of this legislation now and what chance does it have of eventually becoming a regulation?

– The Commission presented the proposal in September. Now Member States and the European Parliament are discussing it. This is a standard legislative path in the EU. I hope that a final text can be adopted by the European elections of 2024. It will be difficult, but I am optimistic. There is a general understanding that it is necessary to have some common rules at EU level to protect media freedom and pluralism.

I took part in the first discussion with Ministers last month. I was happy to hear a wide and strong political support for the Media Freedom Act.

A very few countries, including Hungary, voiced concerns. This was not surprising.

It’s the first time we try to strengthen the independence of the media, and we need a bit of discussion so everyone understands what this law does and does not do.

– A public debate has recently erupted in Hungary on how to define who is a journalist. How would you define the role of journalists? What are the criteria for someone who has transcended this role?

– The Commission is not defining who is a journalist. The activity of journalists, like media activities in general, is subject to different practices in the European Union. However, in the Act, you will find the definition of ‘media service provider’, meaning a natural or legal person whose professional activity is to provide a media service and who has editorial responsibility for the choice of the content of the media service and determines the manner in which it is organised.

– The access to information for each media is not equal in each Member State. In Hungary, for example, the independent press is quite rarely answered by the various state bodies, and there are some media with a large reach that are not allowed into government briefings. Does your proposal change this situation?

– This is a wider problem, where some democratic politicians, not only in Hungary, divide the media and favour those whose opinion they like. Elected officials should not act like that. Our job, the job of the politicians, is not to like the journalists, but to create them fair conditions so they can hold us to account. Our proposal does not regulate access to information as such, but this is clearly an issue that we are looking at, including as part of our annual rule of law report. 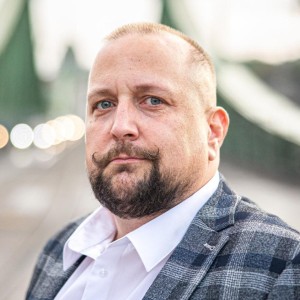